The Club is run by a committee of active members whose objective is to promote the use and enjoyment of all De Dion Bouton vehicles and their derivatives. Collectively we strive to foster a reputation for friendliness and informality. From small beginnings in 2006, the Club has grown to around 250 members worldwide, owning probably in excess of 300 De Dion Bouton engined vehicles.

Each year we organise motoring rallies, as well as track and charity fund raising events involving the public. The Club specialises in using early motor vehicles in historical re-enactments which bring our earliest motoring history back to life for today's public to enjoy and understand how motoring started. These often involve other marques which we invite to join us on specific themed events. The Club organises an annual technical seminar and swap meet, as well as social events. 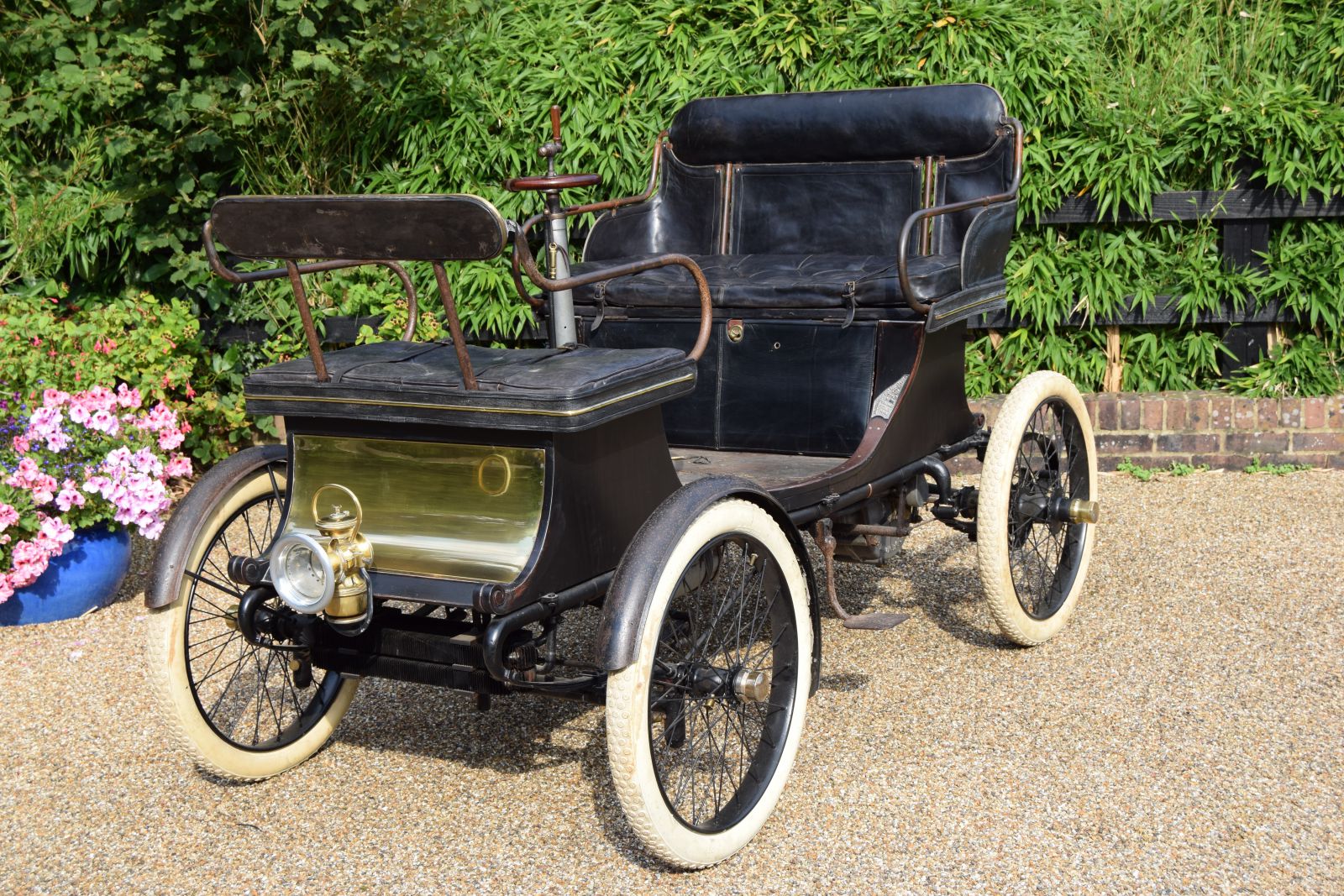 The Club launched its own Magazine dedicated to all matters De Dion Bouton, which is solely available to Club members. Published quarterly “Motorvations” is a unique blend of historical articles, prominently featuring research and archive material, articles of a technical nature, together with current news and event reporting both in the UK and around the world of De Dion Bouton. It has established itself as a forum reflecting members’ interests worldwide.

The De Dion Bouton Club UK actively assisted and advised on the BBC film production of "The Fast Lady" which featured a member's car re-enacting a Century old run in a De Dion Bouton from London to Liverpool and back.

The Club reintroduced Victorian Trike racing after a gap of over 100 years. Held on a special quarter mile oval track on the Wellington Straight at Silverstone, four 15 minute races over the summer's Silverstone Classic Race meeting weekend brought the history of the very First Motor Races in Britain to life again to a new generation of enthusiasts. Silverstone racing video

The Club's Trike "Team Jarrott" were invited to take the concept to Mallory Park as part of the Vintage Sports Car Club's Race meeting. A demonstration race was held on the full track. 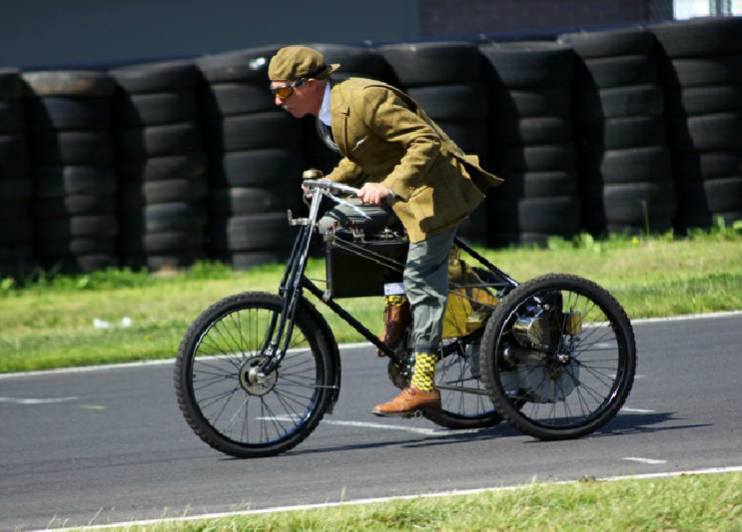 Also in 2011, the Club held the inaugural Charles Jarrott Commemoration Run, a road event with some 30 De Dion Boutons including several members' Victorian Trikes, celebrating the First Motor Races in Britain, featuring the De Dion Bouton Trikes, which took place on the track at Sheen House, Richmond Park. The Run re-enacted the Motor Car Club's first anniversary of their famous Emancipation Run To Brighton by driving from the historic Metropole Hotel (now the Corinthia) in London's Whitehall Place to Richmond Park, passing the site of the original race track, and then drove on to Brooklands Museum, where a corner of the ERA shed was dedicated to Charles Jarrott and the First Motor Races in Britain, which took place 10 years before the revolutionary banked Surrey track was opened. 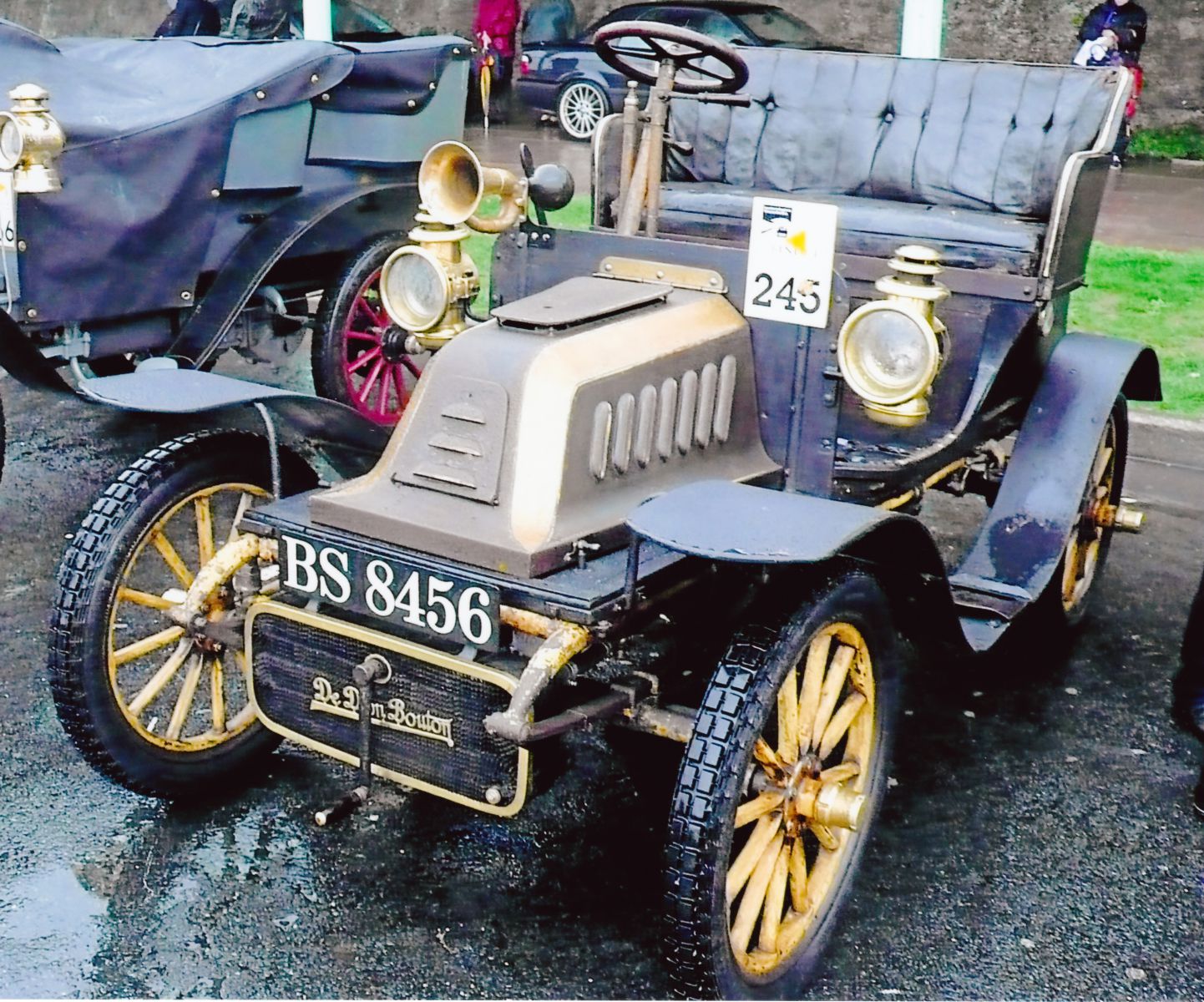 In May, under the highest security protocol, the Club was privileged to be invited to put on a display at Richmond Park which the Queen was attending as part of her Diamond Jubilee tour of the Country. Accompanied by H.R.H. the Duke of Edinburgh and the Princess Alexandra, the Royal Party was escorted around the central core of a special one day Exhibition of Charitable, Educational, Equine and Country displays where the Club presented a unique tableau of Victorian racing which took place at Sheen House, Richmond Park in the late 1890's.

in June 2013 The Club ships a De Dion Bouton Tricycle to Sicily to take part in a new film on the birth of the Targa Florio. Racing the Trike in a Royal Park in Palermo, an authentic scene is re-enacted when the young Florio, who has been to Paris to purchase the machine from De Dion Bouton in 1898, challenges a horse and a bicycle to a race. This is the start of a long quest to bring motor racing to Sicily, culminating in the famous Targa Florio races which started in 1906. Here is the initial film clip:

Pistons Passions & Sicilian Pleasures - An adventure that you cannot resist! from David Biggins on Vimeo.

The club moves the "Team Jarrott" Trike racing to the Top Gear Track at Dunsfold and starts its association with "The Childrens' Trust" charity.

May - The Club stages a 120th anniversary retrospective of the "Imperial Horseless Carriage Exhibition" at Imperial College. "Red Flag" Parades take to the streets of Kensington. These unprecedented retrospectives recreate the very first motoring events in London, held some 6 months prior to the Emancipation Run of November 1896.

September - The Club organises a tribute to the great continental town to town races at the turn of the 19th Century. Our "Paris to Ostend" Rally for Trikes and early motor cars celebrates Paul Barras' September 1899 victory over that course on a De Dion Bouton engine motor tricycle; beating all the 4-wheel race cars. 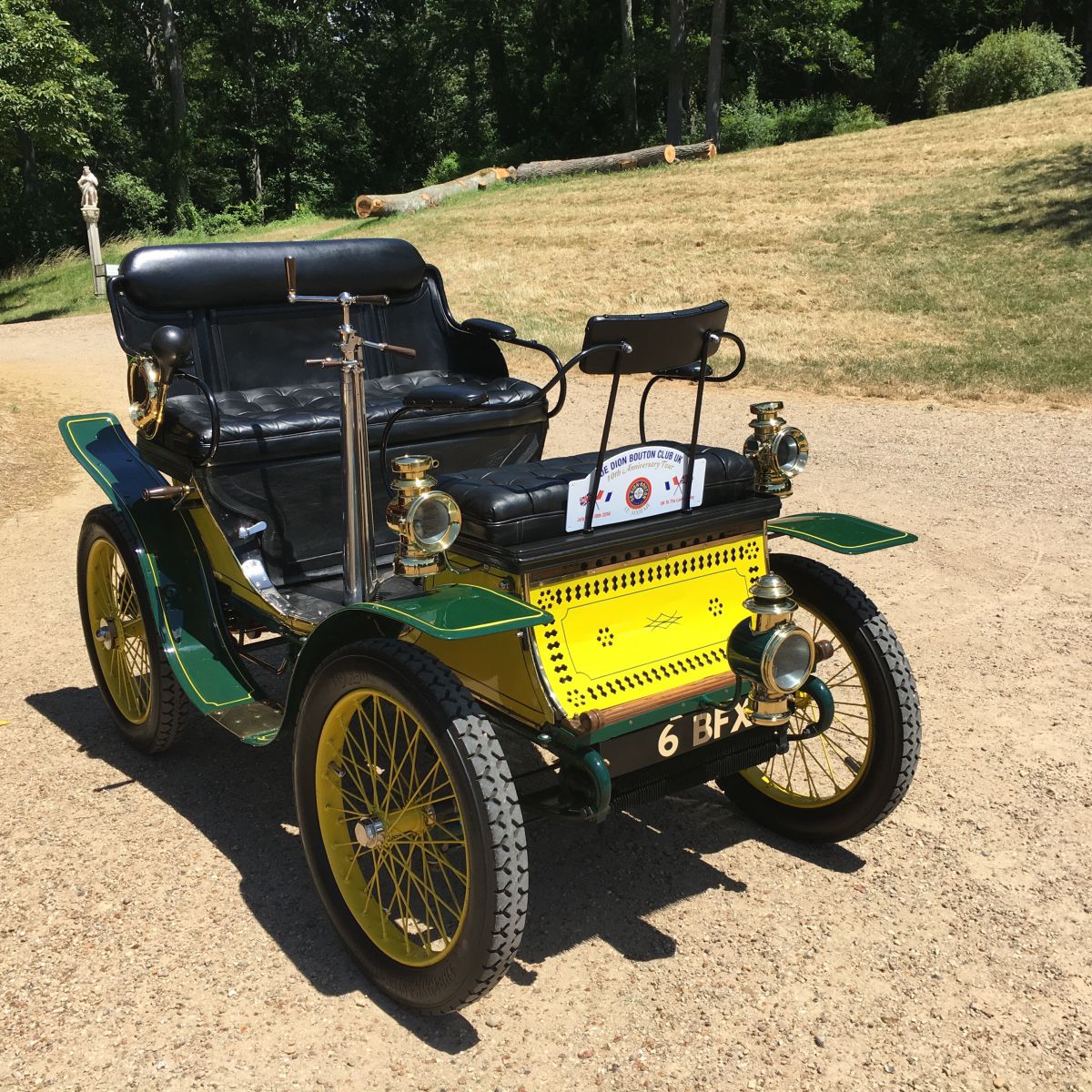 In July, The Club launches The Ellis Journey, a re-enactment of the first journey on British roads undertaken by a motorised vehicle, when in 1895, The Hon. Evelyn Ellis drove his newly arrived Panhard from Micheldever station to Datchet near Windsor.

November – The Club takes its first exhibition stand at the classic Car Show at the NEC, winning the prestigious ‘Car of the Show’ with Bernard Holmes’ Type EF V-8 Tourer.

Team Jarrott marks the 120th anniversary of the very first British motor races on 29th November 2017, by recreating the motor tricycle races that took place on the oval cycle track at Sheen House Richmond Park on 29th November 1897. 20 machines are out on track, making the meeting the largest ever seen in Great Britain, even in the original period. Our race meeting takes place on the Finishing Straight at Brooklands, making these the very first motor races at the track since it was closed in 1939.