Team Jarrott - The oldest motor racing in the world.

"Except for these contests, motor racing was unknown in England, and it would have been thrilling to see and hear these unsilenced motor tricycles careering round a cycle track at what was then considered a prodigious speed. Many of these pioneer tricycle racers - Charles Jarrott and Selwyn Edge amongst them - went on to successful careers racing four wheel motor cars - and became important figures in the emerging British motor industry". 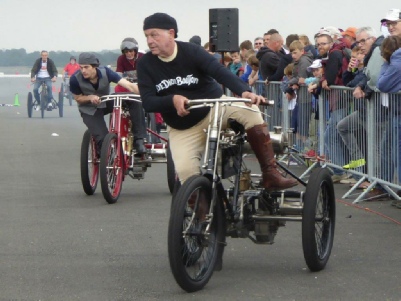 As a result of these varied experimental events, it became clear that the best format was the original quarter mile oval circuit, just as had been the case in the Pioneer days of the 1890's. It was then that the Club moved the Team Jarrott races to the "Top Gear" track at Dunsfold in Surrey, where, annually since 2014 a quarter mile oval circuit was created on the old runway as part of a car festival raising funds for "The Childrens’ Trust". These meetings featured the "Five Mile Championship of the De Dion Bouton Club", competed for each day in front of the public. DDBUK raised over £2,500 for the Children's Trust as a result of its involvement in the festival. 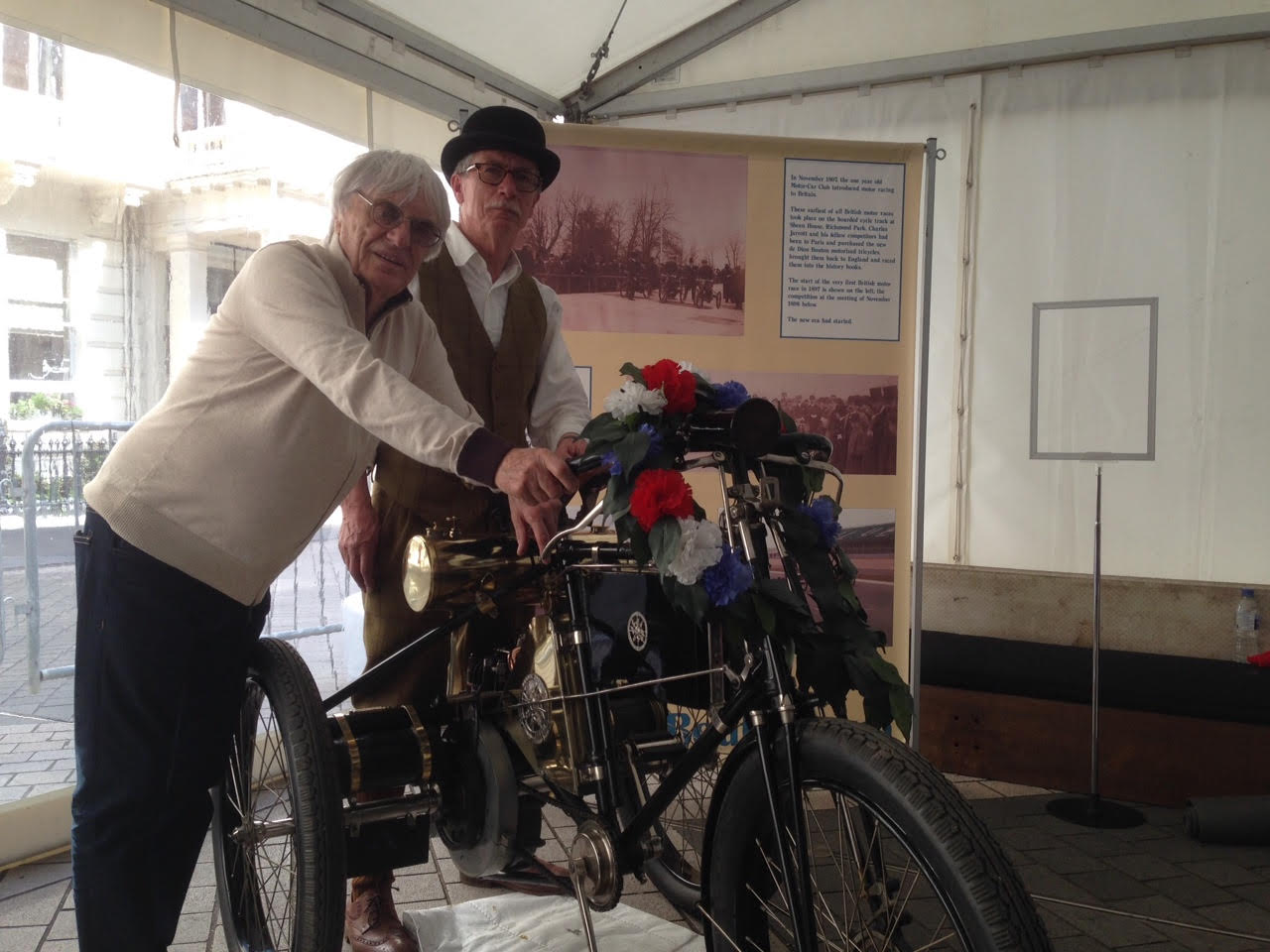 In 2016 Team Jarrott was approached by Formula 1 supremo Bernie Ecclestone to demonstrate the Birth of Motor Racing in Britainby staging a Trike race at the following year’s British Grand Prix at Silverstone, which the club accepted. Bernie had been an honoured guest at the Club’s “Horseless Carriage Exhibition” at Imperial College, and had been introduced a section of the exhibition illustrating how motor racing in Britain started – at Sheen House in 1897.

As a result of logistical issues and the sale of Formula 1 to new owners, it was decided not to proceed - but to make a special meeting commemorating the 120thanniversary of the First Motor Races in Britain on the newly reopened finishing straight at the historic 1907 Brooklands track in Surrey on the exact date of the first British motor races – 29thNovember 1897.

The 120thAnniversary of the First British Motor Races

Just as in 1897, on a cloudy but dry midweek day in November,Team Jarrott amassed afield of 20 Victorian motor tricycles from Britain and Europe – a record for the UK, even in the original period. Races of 1 Mile, 2 Miles and 5 Miles were held on a special oval circuit created on the Finishing Straight. These were the first motor races held on the hallowed concrete surface since 1939 when the entire tack was requisitioned by the British Government.

The meeting received huge international coverage, with many images and film clips still being present on the internet. 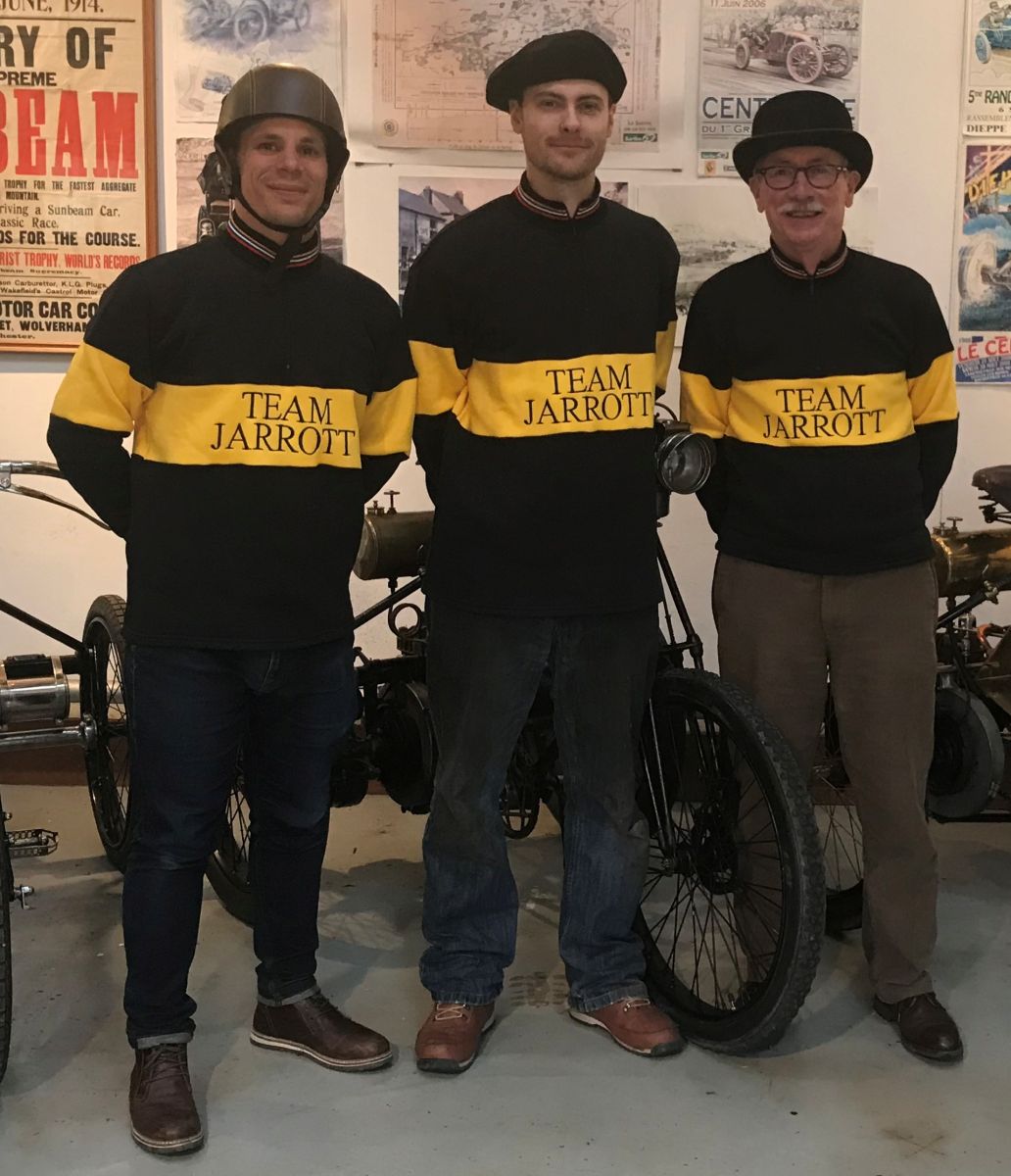 Team Jarrott was invited to race on the figure of eight track as part of a weekend of motorsport. Whilst other entrants were only allowed demonstrations, we were allowed to race under a special licence. Half a dozen Trikes entered to see whether the venue was suitable, and declared the 1 km track the best tarmac surfaced circuit in Britain. The Festival has not been repeated, but the Team is considering the use of the track in a future event.

During 2018 the original Victorian motor racing rules (which had recently been discovered and pre-date the RAC/MSA rules used today) were updated and published for the benefit of the sport. Compulsory licensing was introduced, and recognition obtained by an outside licensing body. A Team Jarrottstrip was commissioned, based on the original Victorian design. 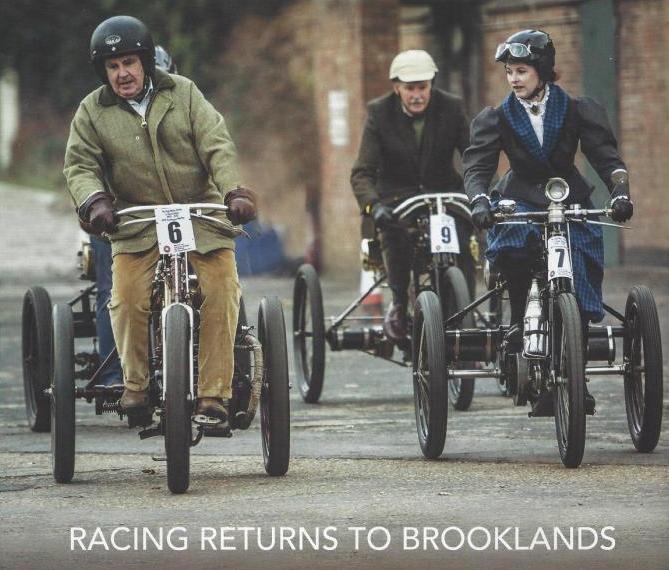 As a result of the success of the 2017 Brooklands meeting the Team staged a public meeting at the track on 2nd June. There were 1 Mile, 2 Miles and 5 Miles races, with practice, qualifying and novices sessions. 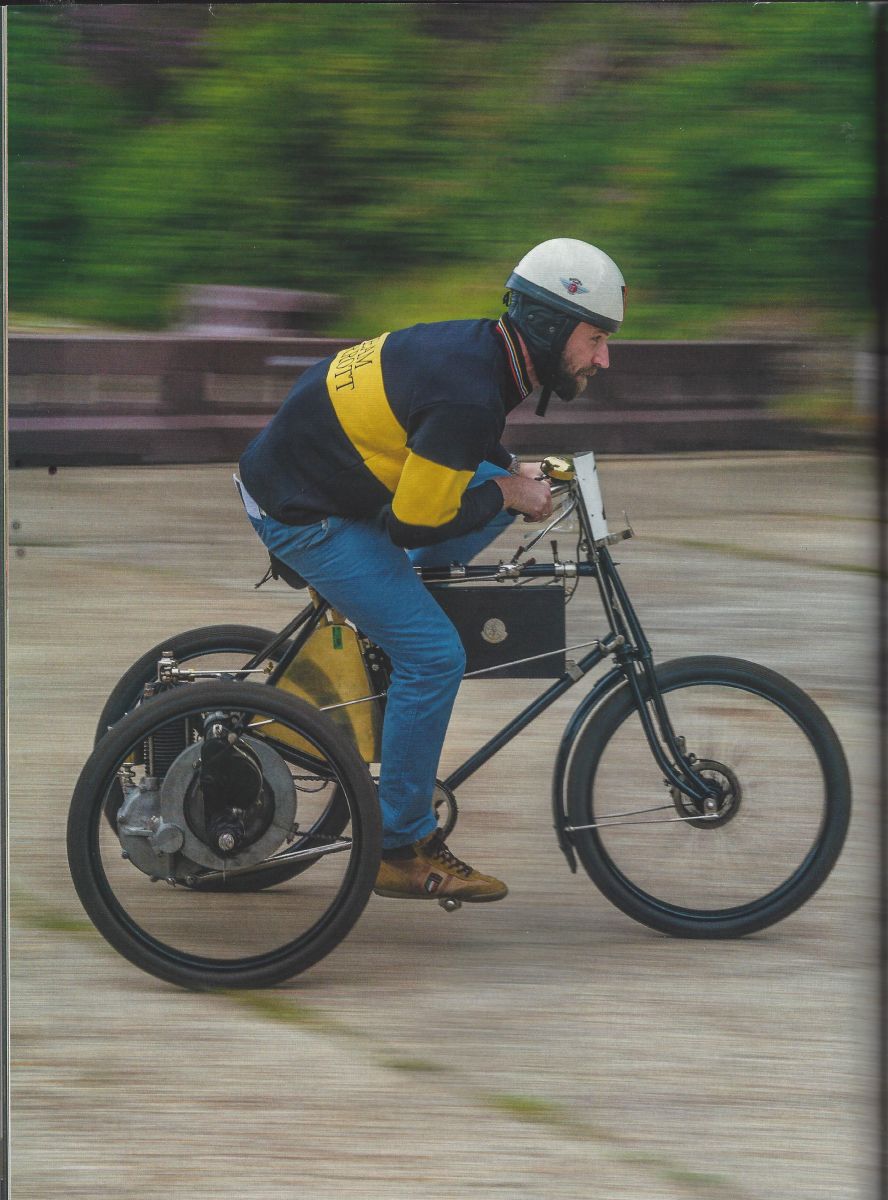 Additionally, Club members brought a range of early motor cars for display in front of the clubhouse, and demonstrations on the circuit, thus making this event a true pageant of early motoring.

To view a copy of the event's programme, please click here.

Support the oldest motor racing team in the world!